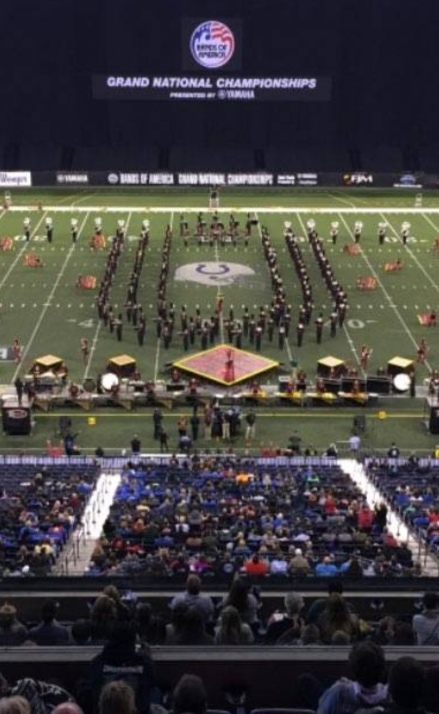 My cousin Matt sent me this piece he wrote about his recent trip, with his son’s marching band regiment, to the Band of America Grand National Championships.  I appreciate him offering his insights and pulling back the curtain into a world I know very little about.  So much work goes into these competitions, these entire seasons, and it’s nice to be reminded of how hard everyone, students and parents alike are working.  Great stuff, Matt and Congratulations to Renegade Regiment!!

This past weekend we attended the Bands of America Grand National Championships for high school marching bands held in Indianapolis.  This is the competition for elite level bands from across the nation.  Of the thousands of marching bands and of the 500 or so highly competitive programs, this event was for the top 100 in the country.  It is the Olympics for the marching band world.  Marching band has come along way from just doing parades and doing straight line drills.  There is pageantry, athleticism, and musicality all being wrought by students from grades 8th through 12th.  The Renegade Regiment, my son’s band, has been a finalist 11 times since the beginning of the Grand Nationals competition, at least once in every decade.  Our bordering neighbor, Broken Arrow, has been the champion twice in the last five years.  Other programs in our area are gearing up for the elite level competition.  Steel makes steel stronger! 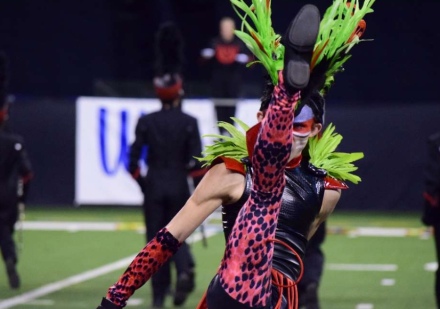 It is too large a task just for the school band directors to accomplish on their own.  Our school has a band booster organization established in 1979 with  23 board of directors to run an annual budget of close to a million dollars.  The board and other booster members are 100% volunteers, giving countless hours coordinating activities, fundraising, planning logistics for food, housing and travel, creation and movement of field props and being the behind the scenes crew.  These volunteers are mostly parents, guardians and grandparents of student participants.  Our club, the Union Band Parent Club, has been making strides to be inline with our band director and school’s vision and mission.  We do our best to remove the administrative and logistical obstacles, so the band directors can send the majority of the time providing quality instruction for our students.

I submitted the pieces below to our weekly parents newsletter.  The first was prior to our trip, the second was after riding the 13 hour charter bus ride back to Tulsa from Indianapolis.  These were to offer compliments, encouragement, thanks and realism for what we do as a parent organization to support our students.  Our band directors use a closing chant with the students: One Team! One Family! One Sound! One Regiment! I have incorporated the meaning that it has for us as parents, but it is more than applicable in anyone’s daily life.   I hope you enjoy and are enriched from these notes.

As we look forward to this busy upcoming competition week, take a moment to reflect.  The prospect of moving a small village to Indianapolis is a monumental task.  There are so many small details, logistic concerns, vendor issues, deadlines… the list goes on and on.  It is with good reason that we share this load of duties to make what we do, that allows our directors and students stay focused and primed for the competition.   Why do we spend the hours and hours each week to do this?  One reason: to let the students shine at what they do, at their highest possible ability.  Our students do their best at exemplifying our example: they are student leaders, athletes and scholars.  They work long arduous hours memorizing drill, music and choreography, all while attending school, completing homework, participating in other activities and working part time jobs.  In some cases, they are working  to pay their own way.  I stand in awe of what they choose to accomplish each and every day.  They do not hold back, in that way they stand tall against their peers. 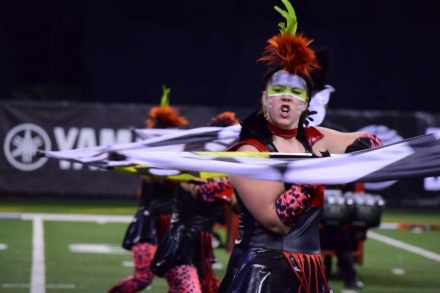 When describing what I do with the band to people, it is simple to explain that the time invested is going to our future leaders. Young people who know both victory and defeat and make the choice to continue to the best of their ability.  These young people will be the shapers and doers of our future, not just blind followers.  They have tasted the experience of being the best they can be and will not accept less.  The standards that they are learning now will carry them onward in the future paths that they explore.  They rest not on their accomplishments, but look forward to what they hold for the future.  Each of us that assist these students play a role in this achievement, be that involvement small or large.  Who is to say what they will accomplish, but be rest assured that it will be done with their personal best.

‘One Team! One Sound! One Family! One Regiment!’ is more than a chant or a saying, it is a way of living to the highest potential everyday.  Think on this as we prepare, can each of us make the same promise to be part of the One Team, One Sound, One Family and One Regiment.

These are descriptive words for our Renegade Regiment students.  We received compliments from bus drivers, restaurant managers and employees, hotel managers, event workers, band directors and other band parents for our students.  They were outstanding ambassadors for the Renegade Regiment, Union Bands and Union High School. They embodied the points of the Union Band Parents Club Mission of having a culture of artistry, excellence and community.  These are the reasons that I am most proud of the students.

They exhibited  an infectious energy during performances and rehearsals.  In so many words they were fierce on stage.   Our students shined in the little things that they did.  They were humble, gracious and encouraging when interacting with other bands.  They shared excitement for other bands and their performances.  They upheld the Oklahoma spirit of community in cheering for Owasso and Broken Arrow band performances.

Most people will never know how the on-stage personas that were demonstrated are radically opposite from the students regular personalities. They are professional performers.  They did not show the shy and reserved normal personalities that some have – they were fierce.  The effort individually expended enhanced all of the performances.  The amount of energy expended was incredible – you did not see signs of illness or injury, just effort.  Performers quite  literally fell off field, having given all that they could.  There was not anything else they could have given – it was left all out on the field.

After all of this was done, the harsh realities of life were felt.  Injuries were attended to, sleeping and homework were started.  The joy of being an elite finalist in their field of performance was still present, an understated glow on each student.  For other students the reality came more harshly, an event of a restaurant patron being hateful and bigoted was overheard by our students.  The students exhibited grace and courage as they removed themselves from the situation, alerted the appropriate adults  so the corrective actions could be taken.  A bad situation was kept from getting worse by brave students knowing how to respond accordingly and where to turn to for assistance.

We are unable to shield our students from the world, but we can provide a safe environment for them to use in times of need.  We exist as a vehicle to provide encouragement and support as they students learn, grow and perform.  At times we provide the refuge from the realities of daily life.  I feel blessed to be part of an organization that has the passion and compassion to do what we do.  Thank each of you who are able to spend your time in the enrichment of these student’s souls.  The chant resounds again:  One Team! One Sound! One Family! One Regiment! 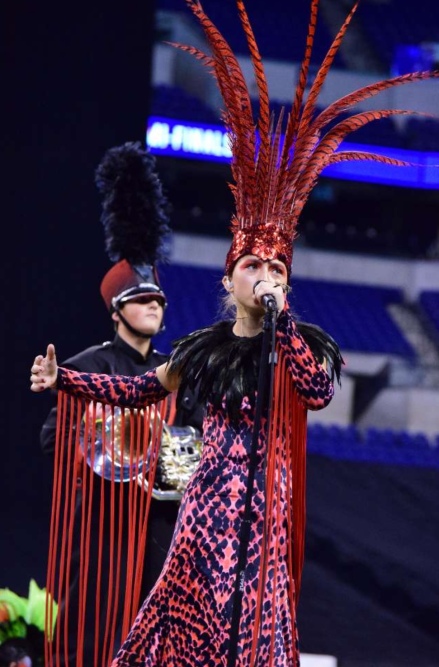