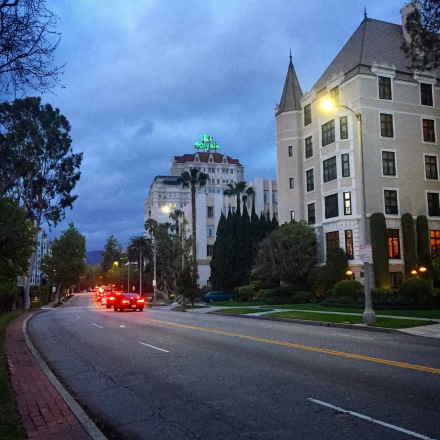 You know, what is a blog if not an opportunity to air one’s grievances? To share what just happened with a plaintive hope that maybe someone out there will say, “I feel you, I see your point, I get it.” And you know, maybe you will get it. Also, maybe you’ll just think I’m a weepy Vanya.

As I was walking to my car this morning, on the street where I’ve parked my car for the last 18 years, my neighbor and friend Mark waved and said he had something to tell me. Long story short, he told me that there had been an initiative to implement permit parking and that the majority of the street had been for it and it went through. The change will go into effect shortly.

So, I live on one street, which is a major street with little parking and apartment complexes with little or no parking garages. So most of us who live in my building, as well as the other buildings of my street, park on another street enchantingly named Lillian Way. Lillian Way is a verdant, lush, old-fashioned street lined with 60-80 year old homes, houses built at a time when Los Angeles was neither old nor young, just hopeful.

I have lived in my neighborhood, on my street, for 18 years. And mostly, every day and night, I have parked my car on Lillian Way. Through the years, I thought I had built relationships with my seemingly friendly, devoutly Democratic neighbors. There were friendly exchanges. My compadres knew, if not my name, at least the names of my dogs.

Many years ago, I read an article in Los Angeles magazine about how when people love living in LA, it’s because they live somewhere where they feel like they are living in a small town. And if you know LA, you probably know that to be true. There are all these villages here, like Larchmont Village and Brentwood Village or Valley Village that say, “Hey, we aren’t a metropolis, just a few hundred cozy hamlets all cobbled together.”

And for 18 years, I certainly would have echoed that sentiment.

But now, suddenly, shockingly, permit parking has come to my abode. I will never again be able to park my car overnight or longer than 2 hours during the day. And most of the other folks who live on my street are in the same position.

I interrogated Mark for details. When does it start?  Who spearheaded all of this?  How long was this brewing? He said that the decision was mostly unopposed. So basically, all (or most) of these people who I thought I had an amicable relationship with had been plotting to prevent me from parking the way I have parked for the last, yes, 18 years.

Don’t get me wrong, I know that for the people who live in houses on Lillian, having the “apartment dwellers” invade their curbs and walk on their lawns gets annoying. Day after day, year after year. I see trash or dog droppings that litter homeowners yards and while I don’t do things like that, I suspect there are some without my staunch (that’s for you, J.J.) values.  I do get it. And please do not get me going again about people running the stops signs.

BUT, I do think it’s revealing that all these people who put Hillary and Obama and John Kerry and Al Gore (that’s how long I’ve lived here) signs on their lawns have now built their own wall, not unlike Donald Trump’s plans for America’s borders.  They are going to make America GREAT again, by taking away parking for people too poor to own a house.

The line has been drawn and it’s icky and I am well aware of where I fall.  All those people I thought were my friends, as it turns out, were not my friends.  We were not Grover’s Corners of Bedford Falls or Mayberry after all. Since I found out about this earlier today, everyone I talked to about it, and there were a few, all those people said, “Ray, don’t take it personally.  It’s not personal.”

Maybe it’s not personal.  And maybe when the sting wears off, I won’t care.  Maybe parking won’t be as troublesome as I fear. But right now, while it is still fresh, I don’t know if I will stay on this street or in this town or in this state.  Because home is no longer home to me.  That might not be the worst thing in the world, but in this breath, as I type these words, it’s really not a welcome feeling.