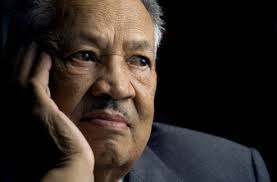 Today, I was watching Oprah’s Next Chapter, and Oprah was interviewing Lee Daniels, Forest Whitaker and David Oyelowo about their upcoming film, The Butler.  I can’t wait to see it and not just because it’s Oprah’s first movie in 15 years. (And not to mention Jane Fonda as Nancy Reagan!) I can’t make it through the trailer without tearing up, so I can imagine how the entire movie will affect me.

The movie is loosely based on the life of an African American man named Eugene Allen who worked at the White House for eight different presidents, initially washing dishes and stocking cabinets, but ultimately rising to the position of maître d’hôtel.  He was invited to the President Obama’s inauguration and when interviewed by The Washington Post, he said, “I never would have believed it, in the 1940s and 1950s, there were so many things in America you just couldn’t do. You wouldn’t even dream that you could dream of a moment like this.”

This post is not about politics or whether you think Barack Obama is doing a good job as a president. I myself am not writing about race, I do not purport to be an expert on the topic. I actually feel clumsy talking about it, even a little. It’s just that ever since I watched Oprah read this quote, it’s all I’ve thought about. We all dream. Sometimes the dreams are big, sometimes they are small, sometimes the dreams affect many, sometimes the dreams are only personal. But we all have dreams and buried under all the stuff that fills our brain, we also have dreams that we don’t even acknowledge, even to ourselves. Perhaps that is out of fear of disappointment or fear of failure or fear of not being worthy.  So, as a suggestion, tonight as you lay your head on your pillow, close your eyes and ponder your dreams. Spend a moment thinking about Eugene Allen or other people whose lives have inspired you. And ask yourself what is the dream that you would not dare to dream.