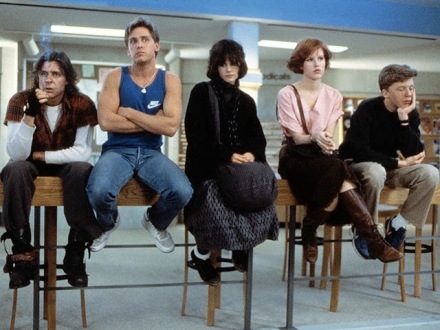 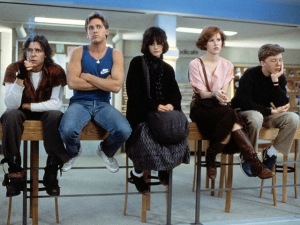 I grew up in a small town. I guess that’s been established at this point. On Facebook this weekend, the class of ’84 held a thirty year class reunion. I have many friends in that class, also my cousin is in that class. They were all seniors when I was a sophomore and I remember looking up to many of them.

A few years ago, at their 10 year reunion a class member drunkenly confronted another class member about being a jerk in junior high and high school. If I recall, the victim threatened physical violence on his tormentor. It was a story with traction, I heard about it several times from several sources in the years that followed.

What was Karl Johnson’s crime? Every day of 7th grade, he would call out loudly names like Fag and Gay Ray as I stood in the lunch line. He and his friends would sit at a table near the lunch line and make fun of various targets as they passed. Karl would call out the name and his cohorts would erupt into laughter. This lasted my entire 7th grade year, every day. It was something I fretted over every night as I lay in bed, trying to fall asleep, and every morning when I dreaded going to school.

So when someone else confronted Karl Johnson at his ten year reunion, all I really thought was, wow, good for him. I heard that Karl Johnson attempted an apology. In the years since high school, he’d become quite religious and considered himself a very good person.

I know that as far as bullying stories go, it’s a fairly average one. And I am okay. Since, I’ve started this blog, strangers have pointed out emotional and pathological issues that they think I have and I think you might be right. I am flawed and I am scarred. I try to move forward and love myself and make the world a better place, but, well, there is always a but.

When I saw the pictures of smiling Karl Johnson and his wife at the reunion, my heart started pumping and all I could think about was 12-year-old me and the fear I had every day. My cousin who had been friends with Karl Johnson and always sat at his lunch table, apologized several years ago about sitting there and never discouraging his friend. At a dive bar in Kansas City over pints of Boulevard hefeweizen, he told me he realized that must have been hard for me. I had to hold back tears because, I remind you, I was in a dive bar in Kansas City, but also, I didn’t want him to see how affected I was by his apology. I wanted to be manly.

Of course, I’m not really manly most of the time. I am sensitive, I do cry. My voice is nasally. I was and still am an easy target for people who want to call me names or point out my perceived flaws.

Maybe this is a story you relate to. I think some are better than others at leaving past hurts in the past.
Forgiveness is not really one of my strengths.

I do keep looking at this picture of Karl Johnson and his wife. I look at her, and while I may be wrong, she doesn’t seem like the kind of woman who would love that her husband was the bully of his junior high, flagrantly homophobic. (Although to be fair, wasn’t everyone flagrantly homophobic in 1980 Kansas?) Maybe he is a kinder person now, maybe she is the reason he is a kinder person now. I don’t know. I’ll probably never know.

I do feel little lighter. My heart has returned to a normal patter. In truth that reaction might have been partly attributed to this morning’s first cup of coffee.

It was all so long ago anyway. Let it go.