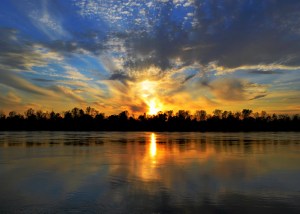 A friend died a couple days ago. He was an alumni of the same Bible college I attended. I’ll call him Charles. There is a part of me that feels like I should let this sit before I start writing about it. Even though I’ve changed his name, I wouldn’t want to say anything that would hurt his parents should they ever stumble upon this blog.

I did not know Charles well while we were in college. That seemed like a pity a few days ago and even sadder now. We lived in different dorms, ran with different friends. We only connected a few years ago via Facebook, and to me, that’s when our friendship began.

We had a lot in common. Both from small Midwestern towns who went to Bible college in the 1980s. Also, I’m sure you’re already ahead of me: he, like me, was gay. He was a minister a few years after college, like me. He moved to a metropolitan city, like me, where he started a life with other gay men and women, people who, judging from the posts on his Facebook page, loved him dearly.

A few years ago he returned to his Midwestern home town to take care of his aging parents. I think Facebook became even more valuable to him then because it allowed him to keep close to all his friends, both near and far.

We messaged each other back and forth last week about something that was bothering him. He spoke of a specific incident, a specific person who had been merciless in his views on Charles’ sexuality. Someone he had known many years, someone who even went to our same college, this person, he told me, had disowned him as a friend. And it hurt. I tried to encourage him that he had many, many friends that accepted him exactly as is. He said, “Thanks, Bro, you have been a lifesaver.”

When I read about Charles’s unexpected passing, I was heartbroken. I know he had so much pain in his life, that sometimes it felt unbearable for him. All weekend, mere days ago, he posted pictures of the cute dog he was dog sitting for. I had seen the pictures and goodness knows , there’s nothing I love more that cute dog pictures. I thought I had clicked like on several of them, but apparently I had not and I cursed myself thinking that Charles didn’t even know how much I liked those dog pics. I’m being silly, I suppose.

And actually, that’s the least of it. Since I started this blog, I’m always looking for the next story. When we talked last Tuesday, when he shared frustrations about the judgments he felt from Christian friends and I tried to encourage him, be like that guy Barnabas, the encourager, someone I learned about back in Bible college. I reminded him of the many, many adoring friends he had, tried to make him feel better. We were kindred spirits, sensitive boys who went into ministry to try to save ourselves from being gay.

The next day, I asked him if I could write a blog about his experience, I told him many people would relate to his story. I told him I wouldn’t use his real name unless he wanted me to. I also told him I wouldn’t share his story without his permission. He never responded. My last contact from Charles, if you call it that, is the time stamp on my message telling me what day and time he read it. From his silence, I feared that he thought I saw him more as a story than as friend.

And now he’s gone and I feel like I let him down. Maybe I’m letting him down more by writing about him, but I’m making a decision and I hope that it lands in the spirit it’s intended. Charles was a beautiful, kind, funny, passionate guy. I’d rather not be writing about him in the past tense, because I wish he was still with us, fighting the fight. If you read this and you remember him, I hope you remember him fondly, as I do. And if you are a Christian, a conservative evangelical Christian, I hope you add him and his family into your prayers. And if you are person who had a friend from long ago, a friend you’ve lost contact with because they live a lifestyle you don’t agree with, I hope you’ll reach out and tell them you care, that you love them. We don’t know what tomorrow holds.

I’m really sad this morning. I’ve been sad since I read the news. And I’ll be sad whenever I think of him for awhile. I went to his Facebook page and read the beautiful tributes people have written. One wrote, “You were always so kind to me and I will never forget how supportive you were of me. You told me I could do anything and be anything I wanted and would always remind me of how loved I am.”

“You told me I could do anything and be anything I wanted.” And that is the way I will always remember Charles, a beautiful, kind, funny, passionate man who left us far too early. Rest in Peace, Friend.