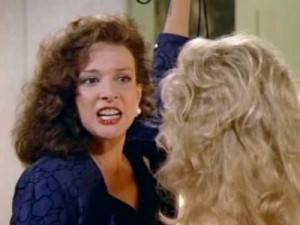 My friend Paul wrote an open letter to his middle school classmates on Facebook yesterday. I’ve included it here because, frankly, it’s heartracing to read. It’s a missive about bullying. I’ll let him tell his own story, but suffice to say, I’ve thought plenty about it over the last 24 hours. As a show of support, I posted on his FB wall the video of Julia Sugarbaker telling off her sister Suzanne’s pageant bully, because his letter is just that fierce. Clearly, I’m not the only one touched by what he wrote because the last time I looked there were 44 comments from his friends telling him how awesome he is. And the thing about middle school for most of us outcasts, is, we can’t imagine an adulthood where even 10 people would go out of their way to tell us how great and special and unique we are. But, if we survive it, it does get better. Paul and his fabulous life are proof of it. Enjoy, and I hope you get as worked up as I did.

AN OPEN LETTER TO THE 1990 GRADUATING CLASS OF ASHLAND MIDDLE SCHOOL
In this day and age, the term “being bullied” is (sadly) as common as a Coachella reference and a Kardashian quote. Everyone at some point has had the experience of being the brunt of a bully.
It’s always been that way it seems if your different. It’s especially true if you’re a gay kid growing up in a shitsville hick town. And that’s the way it was for my twin brother and me.
The blessing is we survived it together, and being twins made the pain of three long years of physical and emotional torturing bearable. Had we not had each other to experience it all, at the same time, I don’t know if either of us would be here in this world right now. When I hear that another young gay kid commits suicide, I lose my breath. I ache. I too know that feeling of dread, of hopelessness; it’s like you’re being gaslighted by your entire class (we were)for reasons we couldn’t understand. It’s exhausting, and it’s downright scary, especially when you’re being picked on, teased and tormented for just being who you are.
Those kids who were too effeminate, too nice to speak up and too scared to fight back..well, that was my brother and me.
What made matters worse was trying to go to teachers, school counselors and principles, even our parents- nobody could say the obvious. And in 1989,in the small town of Ashland in Southern Oregon where hillbilly ignorance runs under the guise of New Thought Enlightenment back then (and probably now), nobody would.
The reason I bring this up is because earlier this week, I had a friend request from one of those bullies. A girl (yeah, my brother and I were so “faggy” that even the girls would pick on us.)
However, I don’t look like I used to (neither do they). Let’s just say I’m not that “fat faggot” they used to taunt.
I was surprised at first. It’s been 25 years. But with three solid years of daily ridicule and punishment, you don’t forget the names of your bullies. None of them. I even remember in my Junior High yearbook I wrote down the names they called us, or what they did to my brother and me by every name in that book.
Surprise turned to wonder for a few days..then wonder turned to anger and rage. “Why the fuck would this lady-douchebag have the nerve to friend request me?”
Then rage turned to laughter, and that’s where I’m at (any time you can use the word “lady-douchebag” has to elicit at least a smile).
I’m not going to call anyone out personally; I don’t need to. I can tell you that almost every kid in my graduating class of Ashland Middle School were little bitch-ass bullies to my brother and me (except for a handful of students who showed kindness and tolerance, and to this day I know them by name.) You never apologized when you should have, and now, it doesn’t even matter.
Whether that entire class owns up to their behavior doesn’t mean a damn thing to me now, for every word they broke me down with, every punch, kick and shove they did to us only made us to love harder, to fight harder for the things and people we believe in. I’m still that “faggy” kid you used to torture, but I’m not fat, and I’m not afraid.
To the entire graduating Class of 1990 from Ashland Middle School,don’t send me a friend request. We’re not friends, and we’ve never been. And yes, you all, each and every one of you, were gay-bashing little bastards.
In short,to quote the great Heather Mooney in “Romy & Michele’s High School Reunion: “Why don’t you tell everyone I said to go fuck themselves for making my teen years a living hell?”
Love,
Paul Ybarra

One thought on “Every Punch, Kick and Shove”