Yesterday morning, I went to the mall with my Mother.  I am in California and she is in Kansas, and yet, unbeknownst to her even, we found ourselves walking the corridors of Metcalf South Shopping Center, in Overland Park, Kansas, circa 1973.  I don’t even know what spurred the memory, as I swam my morning laps, but that recollection stayed with me for the rest of the day.

It was an autumn morning, it’s not outside the realm of possibility that the date was September 28.  My mom brought me to the mall, we walked around, she bought me a popcorn jack-o-lantern at Topsy’s Popcorn.  I think there might have been some toy that came with it.  We got in the car and we drove home, me elated by my new acquisition.

I think of this day from time to time.  I don’t know why, other than it’s just a pure, happy memory.  My Mom was the center of my world when I was 5.  She was the prettiest, the smartest, the best singer, the best dresser, the funniest.  I loved my Dad, I loved my brothers, I loved my grandparents and my aunts and uncles and my cousins and my dog Pee-Wee, I loved God and Jesus and church, too, but my Mother, she was my favorite.  My Mommy.

I tried to unearth more details from this 43-year-old outing.  Did we make other purchases? Were we preparing for some special occasion?  Was it definitely 1973?  Am I sure that it was even a popcorn ball and not some other candy or toy that brought me delight on that day?  Did I beg for this treat or was it her idea?  Was it something we could easily afford or a small extravagance? And while I arrived at no answers, I luxuriated in the speculations, the recreation of the scene.

Because I am a bit of a history buff, I decided to google Metcalf South Mall.  When my Dad had his surgery in 2012 and we were based in Kansas City for three weeks, I once drove by the mall and could see it was not the mall of my memories.  The intervening years had not been kind.  According to Wikipedia,  Metcalf South closed its doors for good in 2014.  Sad, I know. 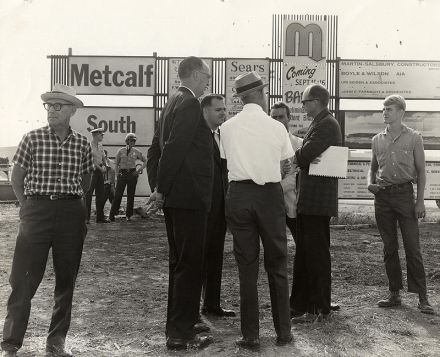 Metcalf South Shopping Center opened in 1967.  If some of its nostalgic Pinterest fans can be believed it was “the place to be in Overland Park” in the 1970s.  All that I can remember from those years affirms that observation.

Because we lived in nearby Merriam, we went to this mall often, at least once a month, probably more.  I’d forgotten the centerpiece of the structure, a three-story fountain.   In scrolling through internet images last night, the memories flooded back, of all the times my Mom or Dad would give me a penny so I could add my hopes into the collection and make a wish.

Last week, I wrote a piece about my parents where I alluded to some health challenges.  What I didn’t say was that my Mom was diagnosed with macular degeneration three weeks ago.  While she had told a handful of people, I did not want to say anything on a larger scale before she wanted to share the information herself.  On Monday, before she met with a specialist in Wichita, she posted on her Facebook page about her diagnosis and asked for prayers.

The doctor gave my Mom a shot in each eye that we hope will improve her sight and/or slow down the degenerative process.  As she faces some uncertainty about what the future holds, her spirits are good and she remains hopeful.  On Monday night, after they had returned home from Wichita, my Mother told me how, as they sat in the waiting room, my Dad comforted her by reading to her all the loving comments friends and family had written in response to her Facebook post.  And even though I was in California, and they were in Kansas, I could see it.

Yesterday was a bit of a gift. For a couple hours anyway, I was 5 and I was at the place to be in Overland Park with my favorite person.  And because memory can be kneaded and stretched in any way we want, I created a new one, or maybe just added onto the old one. I saw a little boy walking hand in hand with his young mother.  When they came to the sparkling fountain with millions of coins lining the pool’s floor, he asked his Mom if he could make a wish. She dug in her purse and found a penny, maybe it was even a wheat penny.  She placed the coin in his small hands and he closed his eyes and somehow he, miraculously, made a wish for something decades into his future, something his little mind could not possibly imagine in that moment.  He didn’t say it aloud, not even to her, but as he sent the currency into the air waiting for it to fall to its splash, he hoped.  The little boy hoped his wish would come true. 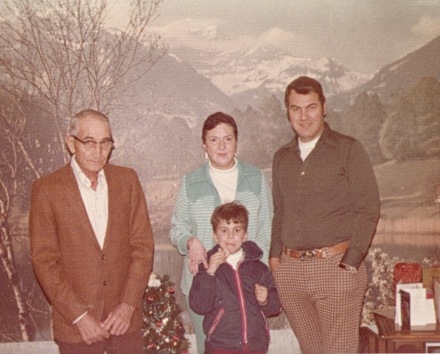 3 thoughts on “Make a Wish”