A couple days ago, I went with my friend Vinod to see a screening of a film called August: Osage County that is coming out in a few weeks.  It’s an adaptation of Tracy Letts’ Tony winning play starring a who’s who of great actors including Meryl Streep, Julia Roberts, Margo Martindale, Sam Shepard, Ewan McGregor, Julianne Nicholson, Juliette Lewis, Chris Cooper, and more.  There are a lot of heart-wrenching performances, but the one thing that stuck with me the most, the one thing I’ve continued to ponder since seeing the movie is the performance, or presence of the state where the movie is set and filmed, Oklahoma.

There is a pervasive heat that you feel the entire time you are watching the movie.  That sticky, sweaty, cloying heat is alluded to even in the title of movie.  If you’ve ever spent an August in Osage County or near Osage County, you know what I’m talking about.  The movie was filmed about an hour away from the town in Kansas where I grew up.  In fact, because of my Dad’s illness, I was in Kansas last summer, when they were filming the movie, and it was a particularly hot summer, some of you might even remember.  So, while Meryl and Julia and Margo and Julianne and Juliette were proximating a dysfunctional family dealing with a family crisis in the part of the world I know best, I was with my (probably slightly more functional) family dealing with a family crisis of our own.

There is a funny scene in the beginning of the movie where Julia Roberts’ character Barbara, who grew up in Oklahoma but lives in Colorado now opines, “Who was the asshole who saw this flat hot nothing and planted his flag?”  And growing up there, it’s a sentiment I thought myself several times.  I used to say that the good thing about growing up in Kansas is that it makes every other place I go beautiful in comparison.  (That’s harsh.)  Later in the scene, I think Barbara gets it right when she says, “This is not the Midwest. All right? Michigan is the Midwest, God knows why. This is the Plains: a state of mind, right, some spiritual affliction, like the Blues.”

I wept every time the state of Oklahoma flashed on the screen.  Several scenes take place when people are driving down the road or driving through a small Oklahoma town.  Certainly, there was recognition for me when I saw those old-fashioned churches, or once grand country homes that had fallen into disrepair or that sky, wide open, both in day and night.  But it was more than recognition, it was wist.  And it was love.

I was born in Bartlesville, Oklahoma and raised most of my life, just 45 minutes away from there in Independence, Kansas.  I’m proprietary about that part of the world, because it’s still mine.  And watching this film, moments of which were masterpieces, I understood why people stay and why people leave and why they come home again, and also, why, even if you never come back to live, the plains will always be a part of you. 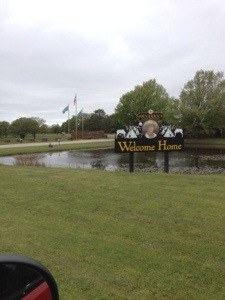 After the excitement of my Dad’s birthday party and the Inge Festival, my parents and I thought it might be fun to visit Woolaroc in Bartlesville, Oklahoma today. Woolaroc, a play on woods, lakes and rocks, is the estate of Phillips 66 founder Frank Phillips. There is a museum, a lodge where they used to live, a petting zoo and grounds with buffalo (and other animals) roaming. Growing up in Independence, every year we visited Woolaroc for a school field trip. Nostalgia addict that I am, I enjoyed revisiting a place that I had not been to in at least 25 years. I’ve posted a few pictures from the day, some are better than others. 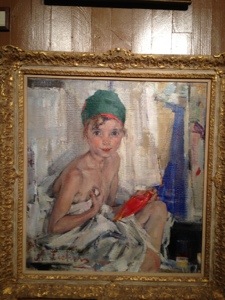 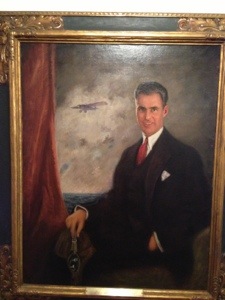 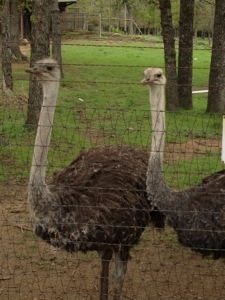 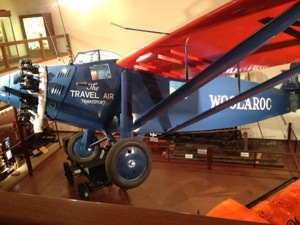 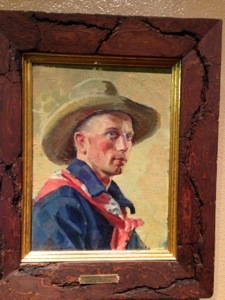 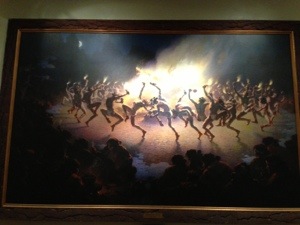 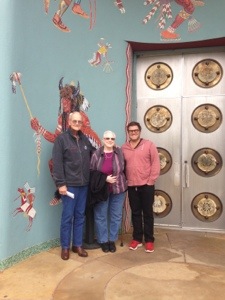