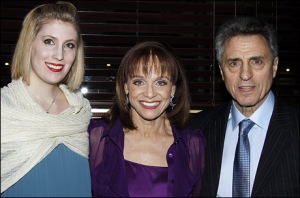 No surprise here, I have been following Valerie Harper’s cancer journey since she announced it last March.  I remember hearing her tell the story of receiving the dire diagnosis and the effect it had on her, her husband and daughter.  At the time, it reminded me of something my family experienced about the same time one year earlier.  I’ve talked about my Dad’s cancer here and here, but hearing Valerie’s story last March reminded me of the day that my mother left a message saying, “We just got out of the doctor’s office.  Go ahead and give us a call when you get a chance.”  I knew my parents had gone to the oncologist and I knew that if the news had been remotely good, she would have indicated as much on the voicemail.  I called her when I was in my car, driving home, along Olympic.  She asked if I was driving, I said I was.  She asked if I wanted to pull over, I told her I was fine.  She told me that the doctor told them that Dad had cancer in his jaw and they were going to perform surgery to remove the jaw.  It was not a surprising call, my Dad had been bothered by a persistant sore in his mouth for a few months, but it was not a diagnosis any of us were prepared for.  And soon, we went into the saddest, longest, weirdest summer of our lives.  My Dad had his surgery and after 2 surgeries, 5 weeks of hospitilazation, 3 or 4 staff infections, countless cards, flowers and prayers, he was back home.  And then, with each week that passed, there seemed to be more hope that he would get better.

Valerie Harper was on the Today show today, the link to the article and video is here.  The cameras were with her when she visited her doctor recently and he told her that her cancer was “pretty close to a remission”.  It’s heartwarming to watch, but what tugged at me the most is toward the end when Valerie and her husband Tony Cacciotti are talking to the cameras and he says, “Going from having three months to live, or less; we’re into our sixth month, and now there’s even hope beyond right now we’re looking at….” and his wife finishes his sentence with, “we’re looking at Christmas.”

Of course it made me think of my parents.  After such a precarious summer, it was not until October that I thought maybe my Dad would be with us to celebrate Christmas.  And as he continued to heal, I looked forward to the holiday in a way, I had not appreciated it in a long time.  When he and my Mom picked me up at the Tulsa airport at Christmas, I could not believe how healthy he looked.  And I felt very lucky, all three of us did.

I realize that not everyone celebrates Christmas, but whoever you are, there are the yearly events, often holidays, that mark the passage of time.  I realize that none of us have the promise of another Thanksgiving or birthday or Christmas or New Year’s, but it’s nice to have something to look forward to. It’s all about hope.

So, today, I celebrate Valerie Harper’s good news. I know how much it must mean to her family and it reminded me of a time when the bad news turned into better news and we, too, said to ourselves, “We’re looking at Christmas!” 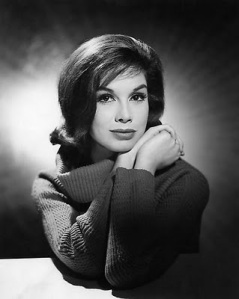 I have always been a sucker for a pretty lady who could make me laugh.  If you are reading this and you are my friend and you are female, the odds are 100% that you are a pretty lady that makes me laugh.  I am very blessed in the pretty, funny friend department, so I thought I’d post a few pictures of the pretty, funny ladies who’ve made me laugh since I was little.  I know it’s an incomplete list, I’ll probably go back and add pictures for the next few days because someone will occur to me and I’ll return here and make an addition.  Some of these women are known for their beauty, some of these women are known for their comedy, and some are known for both.  If you think of someone I HAVE to add, please tell me, there’s always room for one more pretty, funny lady! 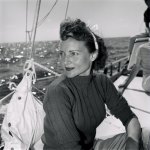