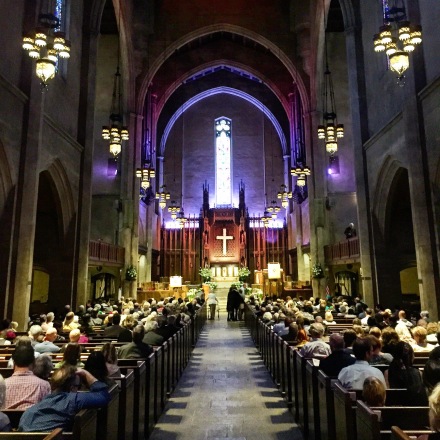 It didn’t come together. I was scattered, rambling on about Friday Nights Lights that I’d just finished binge watching. Eyes glazed in front of me. I talked about a scene where a hymn called “Come Thou Fount of Every Blessing” followed the lives of the characters. I said something about grace, how lost souls understand grace the most because we are so lost. I likened myself to Tyra Collette, the misunderstood pretty girl from the wrong side of the tracks, a modern day Madge Owens. I had no ending because I didn’t even know what I wanted to say.

Driving home that night, I beat myself up, why do I always keep going back to the same themes of church and God and faith and grace? I thought, you don’t even believe in any of that anymore and yet, it’s still haunting you. Like a ghost. 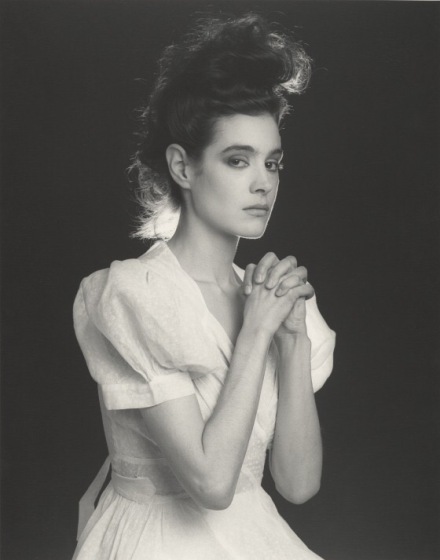 A few months ago, inspired by the beauty of several New York churches I’d visited on vacation, I decided I wanted to start going to church again. So I attended the Sunday morning service at a church that I’d always driven by and marveled at its grandeur. And then I went back the next week, which I think I wrote about, and the next week. And I know we don’t get extra jewels in our crown in heaven for perfect attendance, BUT I haven’t missed a Sunday since February.

As I said, I haven’t been blogging much lately. I write a few paragraphs or sometimes just a few sentences and sometimes just a few words, and then I get stuck, and think what is it I’m trying to say here? There was a time when I wrote regularly and I’d sometimes fall into a rhythm, where entire blog posts would just spill out effortlessly.

When I swim, I often have some dynamite ideas for blogs but then I pick up my phone to write and think, no, that’s not going to work.

Even if it started with an architectural crush, the thing I love about my church most is that I feel welcome there.  It does not escape my notice that every Sunday the pastor makes a point to remind parishioners that all are welcome. I’ve known churches where the minister made it a point to bring up the “sin” of homosexuality every time I was in attendance, so I know the effects of repetition. But more than the gay stuff, I feel that I am welcome with my doubts and my questions. That whatever point I’m at in my spiritual journey, I have something to offer.

Every Sunday, there is a thirty minute organ prelude to the service. Yesterday, the organist concluded his prelude with Nothing Compares 2 U and then Purple Rain. Purple streamed from the lighting behind the church’s altar. A tribute to Prince is nothing I would have expected in the churches I grew up in and yet, I found myself profoundly moved by this gesture. I don’t say this in a mean way, but Prince seemed like a pretty scarred, broken man. And yet he had this incomparable gift, gifts actually. Could Nothing Compares 2 U be a song about God? Nothing can take away these blues because nothing compares to you.

I don’t know why there are so many religions, and then sects and denominations within those religions. And then disagreement within denominations and congregations. Is it our fault that we don’t know how to listen to what God is saying?

Something struck me tonight, as I drove home from a longtime co-worker’s going away party.  A little prosecco in me, nostalgic about the way people move in and out of our lives. As I left, one of the newer busboys asked me if he’d overheard right, me telling someone that I went to Bible college. And then he told me how he’d been a missionary and a minister in his home country. He told me he hoped to go to a Bible college here in Southern California. It seemed so fated or providential that we would have that conversation.

Similarly, it seems fated and providential that I find myself back in church after a 20 year absence.

Anyway, the something that struck me on that drive home, will most definitely strike some as sacrilege. And don’t even look at it as something I believe, merely something to ponder, but maybe sometimes God feels like he has a hard time communicating with us too. Maybe sometimes he knows he wants to say something but he doesn’t know exactly what it is, or how he wants to tie it up, bring it home. Maybe he even looks out and sees a lot of glazed over eyes and thinks, what’s the point? Maybe God has writer’s block. I don’t know.

I’m sure, to some, the thought of a fallible God is unappealing. For me, I kind of like the idea of it. If we love people in spite of and sometimes because of their failures, why couldn’t we do the same with God?

I don’t really know. Don’t come to me for the answers, I’m more or a questions guy. Especially at this moment. But it’s nice again to entertain these questions about God because ultimately, with every one, I think,  it brings me closer to Him.

One thought on “The Great Communicator ”